5 Weapons for Fighting the Evil That is Scope Creep 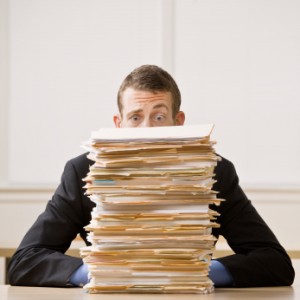 Does this happen to you? You get a freelance writing gig, and it sounds great.

But as you start to do the project, things begin to change.

You thought you’d be writing one 300-word blog post a week, based on a little quick research. Now, there’s pressure to do interviews, ghostwrite for team members you need to talk to first, and they’d like 1,000 words per post, please.

Or you thought there would be little rewriting involved, but now you seem to be saddled with several different editors who’d each like you to revise it to their specifications.

Or you signed up to write a 500-word article with a couple of interviews involved, and now they’d like a 200-word sidebar with a third source. At no extra charge, of course.

You thought you had a great hourly rate going on, but now it’s being driven down toward minimum-wage territory.

If this has happened to you, don’t feel bad. I hardly know a writer who hasn’t encountered scope creep at some point in their writing career.

Because let’s face it — there are some pushy, needy clients out there. They don’t respect boundaries. They’re out for whatever they can get.

If you let them get away with it, they will wring more and more work out of you, for the same money.

The only way to stop scope creep

Just like they say about forest fires, only you can prevent scope creep.

Stop waiting for clients to grow ethics and pay you what you’re worth.

User-type clients will not one day wake up to the wrongness of their attitude and simply volunteer to pay you more money.

There’s only one way the situation will change.

It’s up to you to draw a line.

I know. It seems pushy and rude to bring up how they’re screwing you, doesn’t it?

Even though they’re really the rude ones.

But you can avoid scope creep without ruining your relationship with your client.

Here are my five tips:

Bottom line: It may have taken a bit of courage, but you can stop the scope from creeping. And you need to do that to earn a good living.

Remember, it’s just business. Be professional about it, and you’ll earn clients’ respect…or you’ll part ways, and find a client that sticks to what they agreed. Those are the clients you want.

Have you had a problem with scope creep? Tell us how you dealt with it in the comments.