How Freelance Writers Can Create a Killer Resume

Posted by: Evan Tice — Comments Off on How Freelance Writers Can Create a Killer Resume 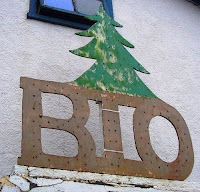 Resumes have been important to writers forever. Writing a strong one could really help you land better gigs.

I recently took a writer survey on my blog about what readers would like to learn, and I got a request from Catherine to talk about how to create a killer writer’s resume. So I’m going to answer that now:

I don’t think a resume is important for writers anymore.

Before you run around the room screaming and tearing your hair, let me explain why.
So if resumes are obsolete, what’s replacing them?

For now, a short bio. When I’m asked for a resume, unless it’s a job-ad robot Web site where I can’t progress without attaching my resume file, I direct the prospect to look at my short bio on my Writer site. I believe it is far more compelling and enlightening in describing my background. It’s less than a page long, despite my having been at this for about 20 years, so it mercifully sums up a lot, fast.

Consider that a good query or job pitch has a one-line bio at the bottom of the pitch page. That ought to do it.

The bio format allows you to simply tell the story of your writer’s journey — where you’ve written for, the type of work you do, the type of writing you enjoy.

People like to read stories way more than they like to read lists of jobs you’ve had previously. The bio format also makes it easier to throw any awards you’ve won up near the top. I find many prospects are easily impressed by awards, so getting them up high is a good move.

Also, the bio format allows you to top your story with the best credits you’ve got. There’s no compulsion to put things in chronological order.

For instance, I once wrote a couple articles for the college edition of the Wall Street Journal (before the Internet, darnit). I’m going to say it was about a decade ago. But in a bio, I could put that in the first line, since it’s such a smokin’ hot credit. On my resume, it’s so long ago it wouldn’t even make the second page — which as we all know is a page nobody reads.

In the future, both resumes and bios look to be headed for the scrap heap. New, cooler ways of acquainting people with what we do are emerging.

One I recently learned about is Labels.io. Still in beta, this site allows you to present your experience in a concise, nifty graphical package. You create a bunch of quick tabs labeled by past client. You give it a top paragraph to introduce the package, and you’re set. Load in some key words on jobs you’d like to be found for and presto — it’s easy for prospects to locate you and verify you have the experience they want with a couple of quick clicks.

I’m confident Labels won’t be the only graphical alternative-resume idea we’ll see in the next couple of years.

As someone who’s had to review resumes and hire writers myself (edited an alternative paper in San Pedro, Calif., for a year or so early in my career), I can say I look forward to the changes. Resumes are dull, and at this point the Internet ought to offer a better way for us to get hired.

0 comments on “How Freelance Writers Can Create a Killer Resume”